Court cases and why it’s ALL your fault!

Not for those of a nervous disposition

We’re not going to apologise for saying stuff that you don’t want to hear. #sorrynotsorry

We’re going to be told we don’t understand how hard it is. How we’re kicking people when they’re down. Comments about how we’re meant to be helping people and not giving them a hard time. If we’re really lucky we may get a few nasty messages (it happens).

But what do you really want? 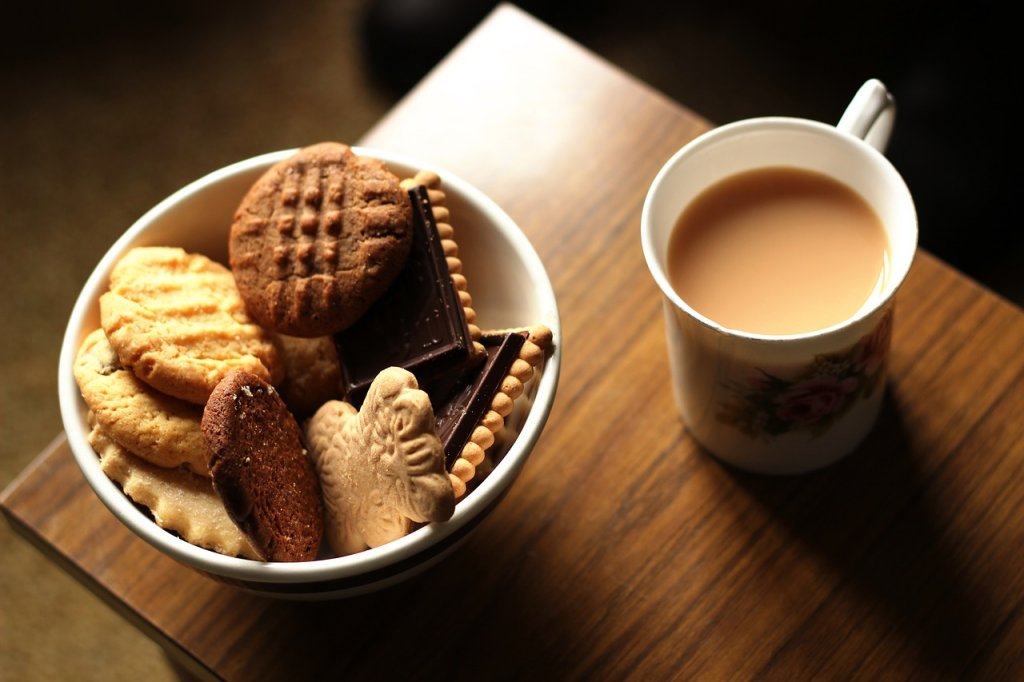 Someone who agrees with you, tells how awfully you’ve been treated and how biased the court system is…and then goes on to make an amazing cup of tea while offering you selection of nice biscuits?

That’s not to say there isn’t a place for somewhere to share experiences – consoled by the fact that others know how it feels and to swap war stories.

But there is more to it than that. Much more.

Are we just kicking you while you’re down?

You know that saying about a true friend being the one who tells you what you need to hear rather than what you want to hear…? Someone who is ready to have that hard conversation with you because they value you enough as a person to want you to do well?

There are thousands of people who will tell you what you want to hear and a multitude of Facebook groups jam packed with people who write long post over long periods about how their situation never changes.

If we’re honest it’s why you won’t find us posting in any of the many Facebook groups that exist to support parents and others in the family courts. It’s easy to be drowned out by people posting convenient platitudes rather than the inconvenient truths you’ll hear from us.

We want to help people…who are clear and serious about achieving goals that can be achieved with the court system. We’ve got a vested interest in doing our utmost to those we help get the best result possible.

And here we are at the final bit of this post. The Jerry Springer – style soundbite past the clickbaity headline is this:

The outcome in a court case is influenced greatly by you. For good or bad. Your behaviour and actions have more impact than you’d think if you’re a big fan of those Facebook groups dominated by that man or woman who tells you how awful it is, how they were skinned alive in their court hearing but forget to mention how they told the judge or a barrister he/she was a c**t in the final hearing – it happens – we’ve seen this.

The man or woman who was focused, considered and did what was needed…they’re not posting in that group. They’ve moved on and working on building a better life and not telling everyone about how you may as well give up.

And your reaction to this post will be telling too. Are you now thinking `Maybe I could do some things better?‘ or are you already formulating the response about why it is someone else’s fault?

Which is it to be?

25th June 2019 Steven Allegations, Contact, Divorce, In court Comments Off on Court cases and why it’s ALL your fault! 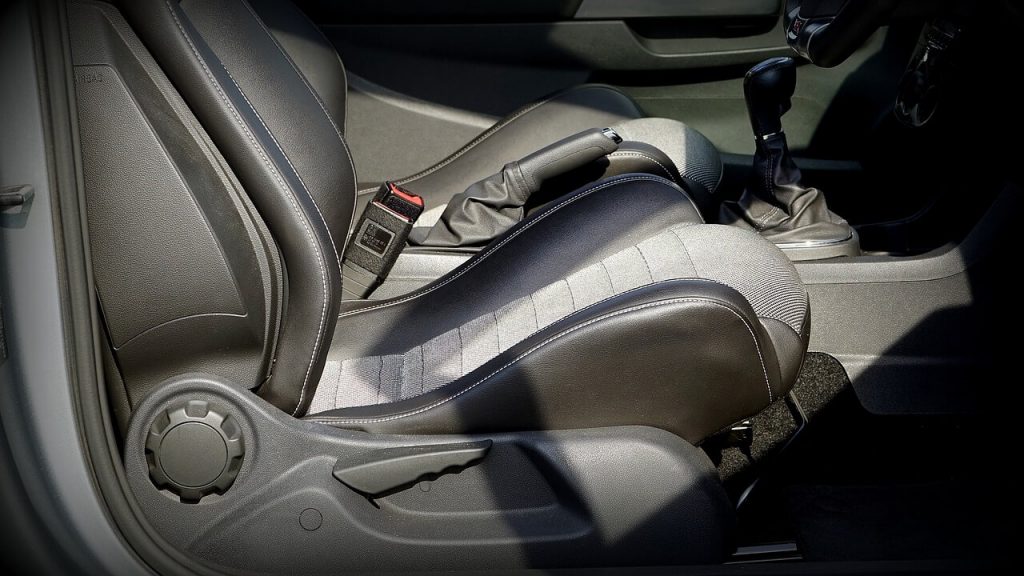 Paperwork madness: What do I do about bundles and statements? 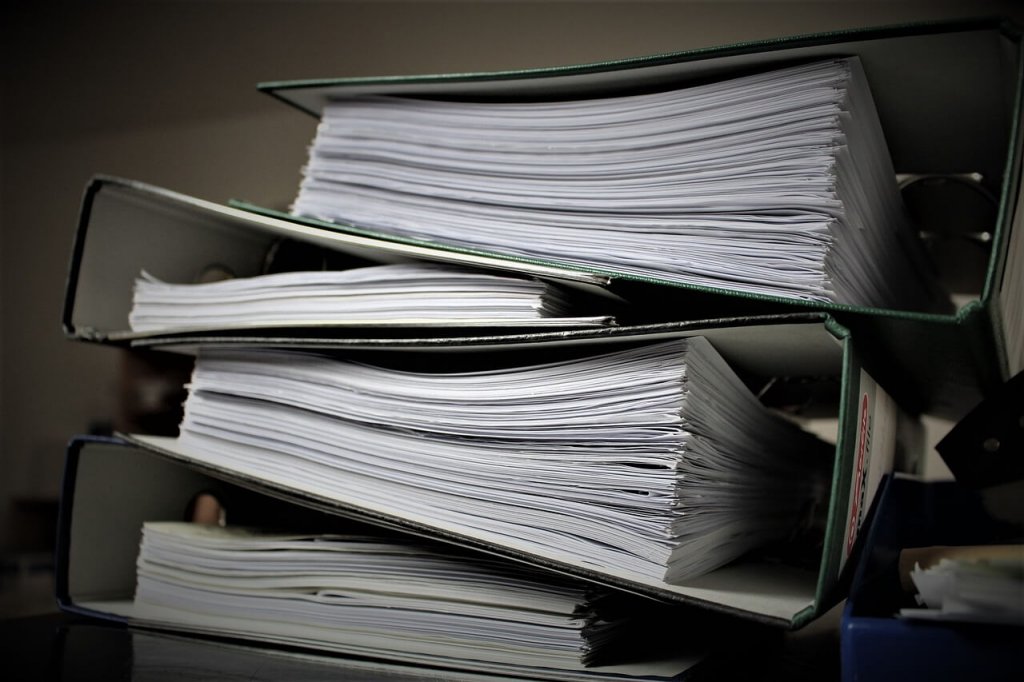 Court cases and mountains of paperwork…

…but is it all really necessary? Will it actually make any difference to your case?

It’s a great question. It’s possible that you can turn up at your next hearing with nothing at all, that the court will listen to you, take into account that you’re a litigant-in-person who doesn’t understand the bedroom reading that is Practice Direction 27A and make an order that you feel is fair and in the best interests of your child.

In the same way it’s likely that on the way to the hearing you won’t need the restraint of your seat belt because you’re not going to drive into the back of the car in front of you. We’re guessing that despite this you usually buckle up when you go for drive though.

It’s all about the judgement isn’t it? It’s a risk you decide is or isn’t acceptable. Some things are worth punting – some things aren’t. 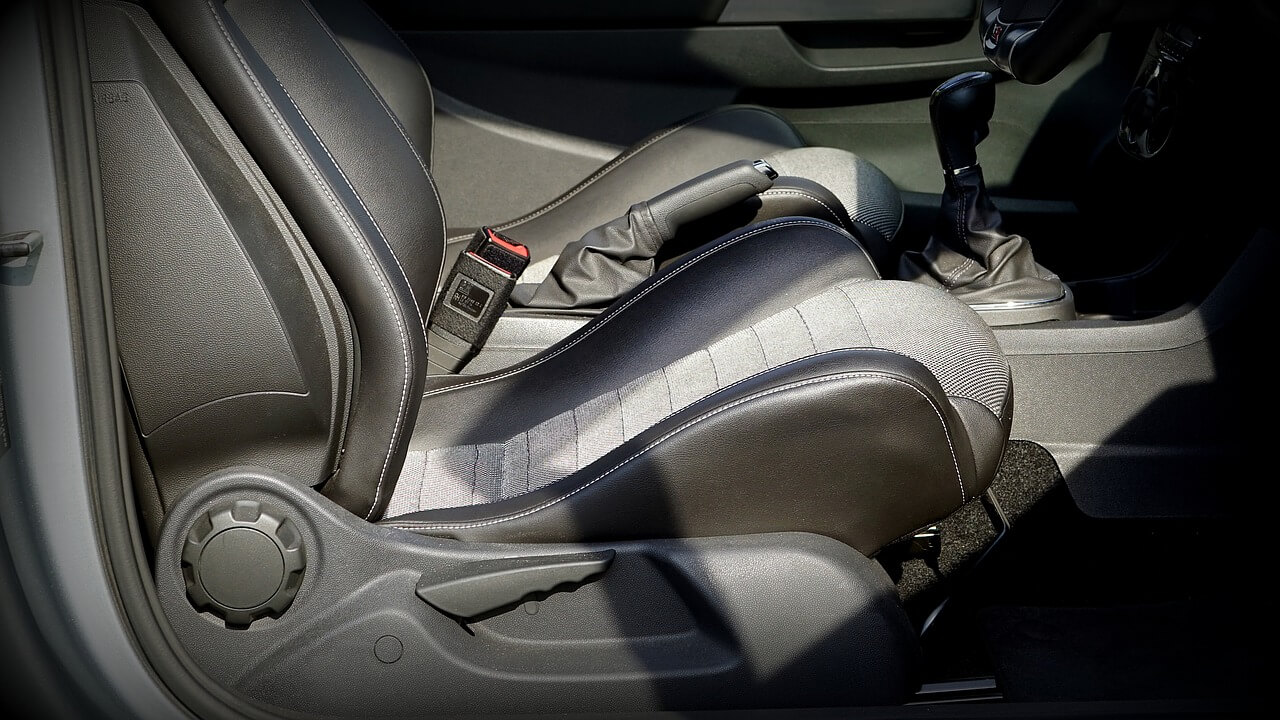 When you’re in the family courts it’s your how much money you’ll be left with when the dust settles from the divorce or separation. Or when your children will be able to see you. You know how important it is to you. When you ask us, we’ll tell you if we think it is worth putting together than trial bundle. That statement. Anything else.

We can be a cautious bunch here at Family Law Towers. We’re great at doing things on the fly. Which is useful when it comes to helping you in negotiations. When you’ve got the police knocking at your door. When you’ve been pole-axed by a piece of information at precisely the wrong moment.

But when that sort of stuff isn’t happening we like to prepare, organise and decide what an acceptable risk is. The decision is yours however and we’ll support you in whatever way you choose…

26th February 2019 Steven Contact, Divorce, Documents Comments Off on Paperwork madness: What do I do about bundles and statements? 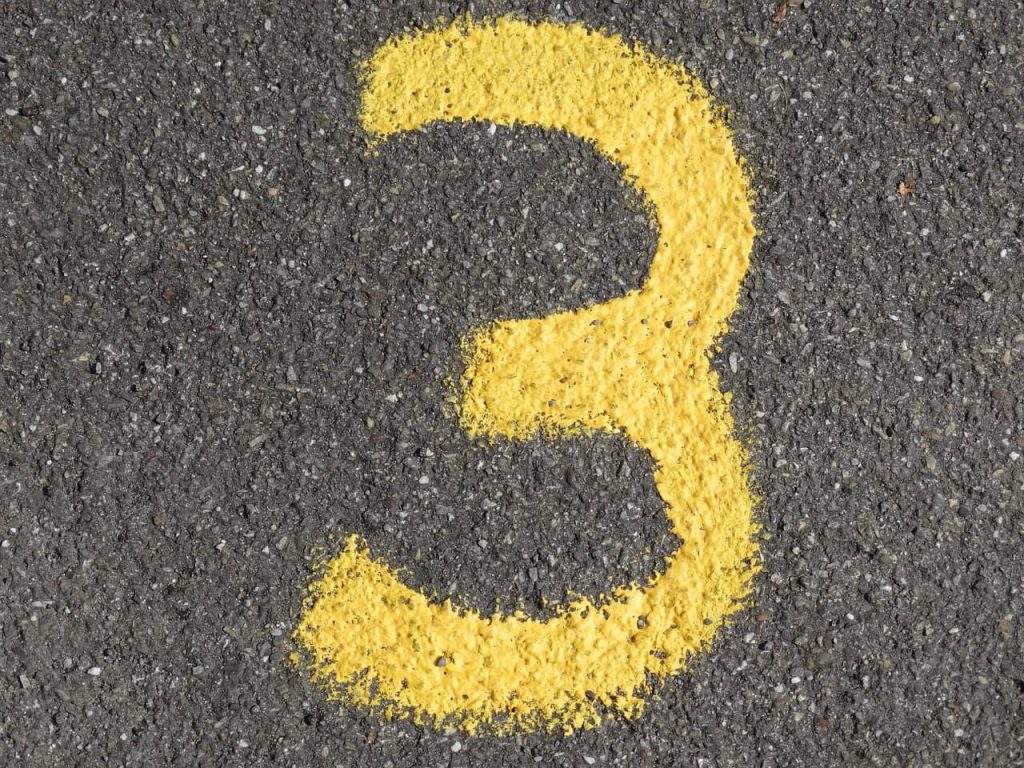 Divorce, money and children – three strands in one.

Divorce? It’s easy to forget: Not everyone has the same area of expertise as you and doesn’t take for granted the same stuff.

We’re called `Family Law Assistance’. Because unsurprisingly enough…we assist people with Family Law. It’s something we deal with on a daily basis. 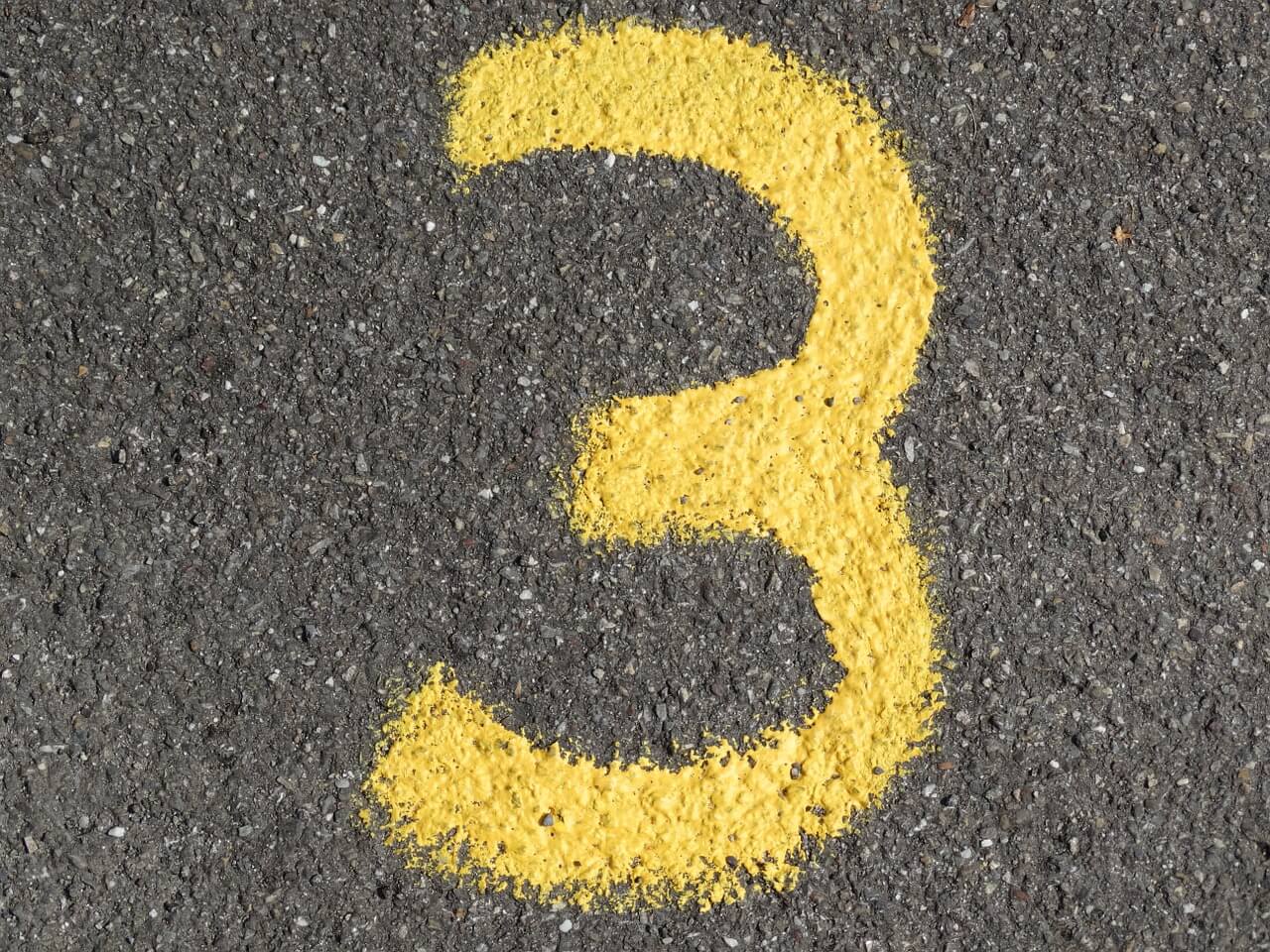 But despite the bulk of our work concerning children, arrangements concerning them is just one of the three different strands (if you’re married) that need dealing with.

These three strands are:

How these are dealt with depend on your own particular situation. Things like…do you agree on them? Are you amicable? What the circumstances of your situation? What is the situation with assets? Liabilities? At least two of them can apply to unmarried couples too (for our more legally minded friends we’re talking about TOLATA and Schedule 1 Applications).

Timing is crucial too…so it’s often a case of judgement and not simply knowledge of the Matrimonial Causes Act 1973 or what forms to fill in and how.

The three strands of divorce: Spot the odd one out

OK, OK. Bit of a trick headline there.

But the court really wants you to agree on things without it having to get involved as much as possible. They’re overstretched, under budgeted and besides…you’re much more likely to stick to an order if you are actually happy with it – which is where agreement comes in.

But for the sake of drawing a line on a marriage there does need to be a certain amount of paperwork.

So there does need to be a piece of paper that says you’re actually divorced.

And there needs to be something that says you’re not the financial liability or beneficiary of your (now ex) spouse’s money woes or otherwise.

Children though…agree the arrangement between yourselves and it’s not the business of anyone else’s. You can (and should!) work with your ex partner to raise your children as best as you can despite going your separate ways.

Divorce: The wrap up

As always…keep things amicable where ever possible!